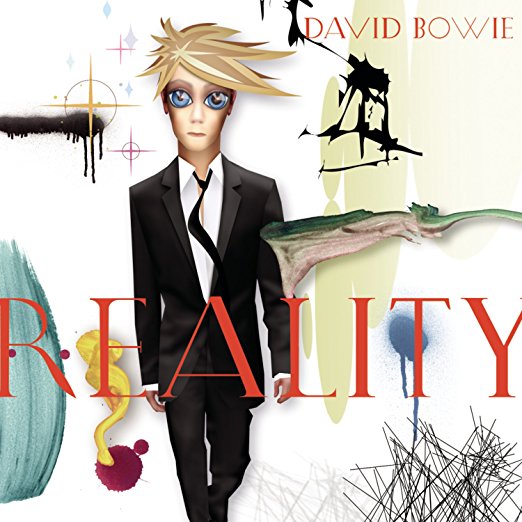 “Reality” is David Bowie’s 26th studio album and was originally released on 16 September 2003.

The quality of album is beginning to really jump up here with “Reality”, the album that looked for many a long year to be the last Bowie might ever record. Released just a year after his excellent 2002 effort “Heathen”, this was the second Tony Visconti come-back produced album. With a heavy “New York” influence and with some truly excellent tracks, Bowie was in a bit of a swing and producing some really nice new material. In fact, he had consistently been producing good albums throughout the 90’s and 2000’s, although I would rank this as being slightly below par for that period.

The album contained an interesting mix, from full blown rock, to jazzy numbers to some art-rock type pieces right through to basic pop, the album featured a chocolate box of influences and styles. Overall, it was a fine album and the subsequent live performances during the “Reality” world tour featuring much of the album highlighted how Bowie indeed still “had it”. I think Visconti was an overall good influence here, making much of the new material shine and sound as good as it possibly could.

Considering his age (he was 55 when he recorded this album), Bowie was still full of energy and still pushing the boundaries, with a unique world-wide cinema “live” release of the album and a full blown world tour to promote it (including at long long last Australia again !!). However, the overall thread that runs through the album is indeed old age, mortality and how life will eventually come to an end. Sadly.

The album opens with the fabulous “New Killer Star” (Nuclear Star, get it), my favourite track on the album. With imagery of post 2001 New York and a killer riff, this really is classic Bowie and worth price of admission alone. The first single from the album (which sadly and a little surprisingly didn’t chart), the video was a bit disappointing in that it didn’t actually feature Bowie but a series of lenticular images that appear to move as you view them from different angles, showing an astronaut in trouble within his spaceship on an otherwise beautiful day on Earth where it crashes. Music Video. 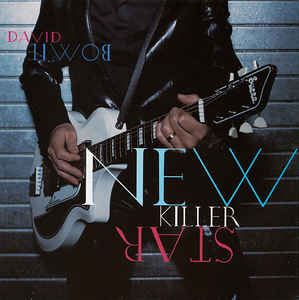 “Pablo Picasso“, a cover of a song by The Modern Lovers (who?), is a positive delight. Featuring some nice Spanish-like, distorted acoustic guitar and again the band in a groovy mood, Bowie’s vocals are fabulous here. With hilarious verses and a chorus as catchy as hell, this is one of Bowie’s best ever covers. I love it.

“Never Get Old” continues the good form, although I must say since his passing, this song feels altogether different now. A somewhat tongue-in-cheek ditty about how Bowie indeed never looks old (probably all the drugs) and how he will likely just live forever, the music is alive with a great drum/bass/rhythm guitar foundation. Since Bowie indeed never did grow old (69 is way too young) and that he didn’t live forever, the song now has a sadness to it that makes it just a little uncomfortable to listen to now. This was the second single off the album. 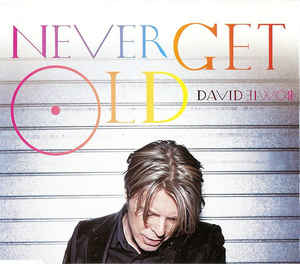 The pace changes significantly with “The Loneliest Guy“, indeed we come to a screaming halt and start to go really slooooooooooooooow here. With Bowie at his most tender, this song feels a little out of place here and sounds more like a soundscape piece from the “1. Outside” album. Featuring an anguished, lonely indeed vocal, a very thin orchestration of sparse piano and weird little soundscapes, Bowie had a lot of fun playing this on his “Reality” tour to see how the crowd would react. Not one of my favourites.

The catchy drum beat and guitar riff reappears with “Looking for Water“, a desperate sounding, thirsty Bowie appears lost in some Middle-Eastern desert. It reminds me just a tiny tad of an old song by the Bowie inspired New Musik called “The World of Water”, if only for the watery theme and clever use of backup vocals. It’s a solid track that was occasionally performed live on the “Reality” tour.

“She’ll Drive the Big Car” is about a disillusioned woman from New York who has probably listened to “Always Crashing In The Same Car” too many times (not possible I know, but…) and is contemplating driving her fancy big car into the Hudson River. Bowie’s vocals are a tad distorted here, giving him a slightly unattached feel as he narratives.  It really is a good song that I’ve always just enjoyed.

“Days” has almost “country” twang to it, but despite this (I really dislike country music, aaarrrgggg), it’s another really nice, soft song. Bowie sounds wonderful here, as he searches for a friend.

“Fall Dog Bombs the Moon” has a great bass line (very common with Visconti produced albums, especially when he’s playing) and is Bowie touching the subject of the Iraq War, a concern for many in 2003, which he does a few times more in the (distant) future.  The lyrics here are particularly good with cutting verses such as “There’s always a moron, Someone to hate, A corporate tie, A wig and a date, Just a dog“. Bowie comes back to this subject on “The Next Day” with tracks such as “I’d Rather Be High” and “How Does The Grass Grow“.

“Try Some, Buy Some” written by George Harrison, is one of the weaker moments on the album. It just doesn’t do it for me, with a somewhat lacklustre production and a Bowie vocal that sounds forced and unconvincing. It just sounds dull, which is never a good thing.

The title track “Reality” comes next which lifts both mood and tempo with the “rockiest” track on the album. Bowie sounds both frustrated and sarcastic as he details how we must all face the reality of life. It also comes across as a little biographical as he explains his previous faults and failings “I built a wall of sound to separate us, And hid among the junk of wretched highs, I sped from Planet X to Planet Alpha, Struggling for reality“. This song in particular sounded great live.

The album closes with “Bring Me the Disco King“, a song Bowie has struggled to get right since he first looked at including it on an album way back on “Black Tie White Noise” in 1993. But it wasn’t until “Reality” with Mike Garson’s prominent tinkering jazz inspired piano that Bowie felt confident for it to be released. I’m no great lover of jazz and so for me, this finale just isn’t my cup of tea. However, the lyrics are rather beautiful and again focus on the past and how in the future death beckons. Considering that Bowie is no longer with us, it does have a poignancy that makes for an even more difficult listen now.

So overall, a rather good album and well worth a listen if you stopped listening to Bowie during the 80’s.

There were quite a number of different formats for the album around the general time of it’s initial release. On top of the general single CD release, there was a 2 disc version that included a second CD of extra tracks:

“Fly“, a poppy kind of song, with a catchy enough chorus that always reminds me a little of the work of Devo. It’s notable for having Carlos Alomar on guitar, for what would be his last ever appearance on a Bowie album or on stage.

“Queen of All the Tarts (Overture)” is actually my favourite piece from the whole “Reality” project. I simply love this song and although it’s clearly unfinished and has lyrics that only repeat the song title, it’s a fabulous Bowie experience. With music that is manic and catchy as all hell, I could quite happily spend a day listening to just these 3 minutes. The song was featured on the “Reality” tour by being played just before Bowie and band took the stage.

“Rebel Rebel” (2002 re-recording). The re-worked version is OK, but the original is just so much better. This was the version/arrangement Bowie performed during the opening of  the “Reality” tour

“Waterloo Sunset“, a cover of the famous song by The Kinks. Of all the covers during the Reality sessions, this along with “Pablo Picasso” work best. Bowie gives a rather lovely, heartfelt performance here and the guitar riff is spot on. Well worth a listen.

Finally, there was yet another version of the album which featured a DualDisc CD/DVD, which included a 5.1 surround sound mix of the album. This mix does indeed sound rather marvellous.

The other track worth a very quick mention is “Love Missile F1 Eleven“, a somewhat forgettable cover of the Sigue Sigue Sputnik hit that featured on the B-Side of the “New Killer Sun” single.

Bowie promoted this album with the excellent and extremely successful “Reality” world tour. It was excellent for a number of reasons, the band were truly fantastic, the set-list was extensive, changed on a daily basis and included some amazing and rarely performed songs (such as “The Bewlay Brothers”, “Fantastic Voyage” and a Ziggy Stardust based finale) and most important of all, because after 17 looooooong years, finally included Australia again. The tour was recorded both on video and as a live album and captures rather well the whole essence of the tour.

I was fortunate enough to get tickets to both Sydney shows and will of course always fondly remember them. But I distinctly remember after the second show thinking I will likely never get to see Bowie live again and although still incredibly pumped, had a sad feeling for many days afterwards.

Later during the European leg of the tour, Bowie suffered a minor heart attack and had to end the tour prematurely. He would never tour again. After the odd appearance here and there (most notably with David Gilmour on his tour in 2006), Bowie slowly disappeared from the public scene entirely. For many a long year, it therefore looked as if “Reality” would be his last ever album.

However, on 8 January 2013 we heard the wonderful news that Bowie had just out of nowhere released a new single and that a new album was on its way. So there were a couple yet of more excellent albums to come from the great man. But that’s a story for another day. 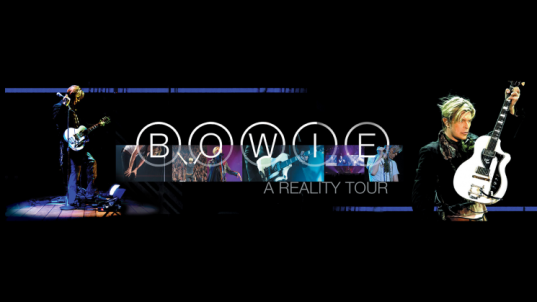